Learning about co-operative best practices is one of our priorities. We recently had the opportunity to spend the day with over twenty board members and staff from various US co-ops at the beautiful and historic Buffalo Seminary just across the river in Buffalo, NY. Our training session, called Co-operative Board Leadership 101 Foundations Class for Directors, was hosted by the Lexington Food Co-op in Buffalo and facilitated by consultants from CDS Consulting Group. CDS Consulting Group is a US-based consulting co-operative specializing in food co-ops.

The cost for our spot was generously subsidized by the Lexington Food Co-op, a demonstration of the sixth co-operative principle, Co-operation Among Co-operatives, which those in the business call "P6-ing" for short!

The participants came from Oregon, Texas, Ohio, Illinois, Pennsylvania, and New York and represented co-ops big and small. All were passionate about food and their communities and many felt that an economy built on co-operation was the way forward to fix their country's still broken economic system. Here are some pictures of our eager cohort: 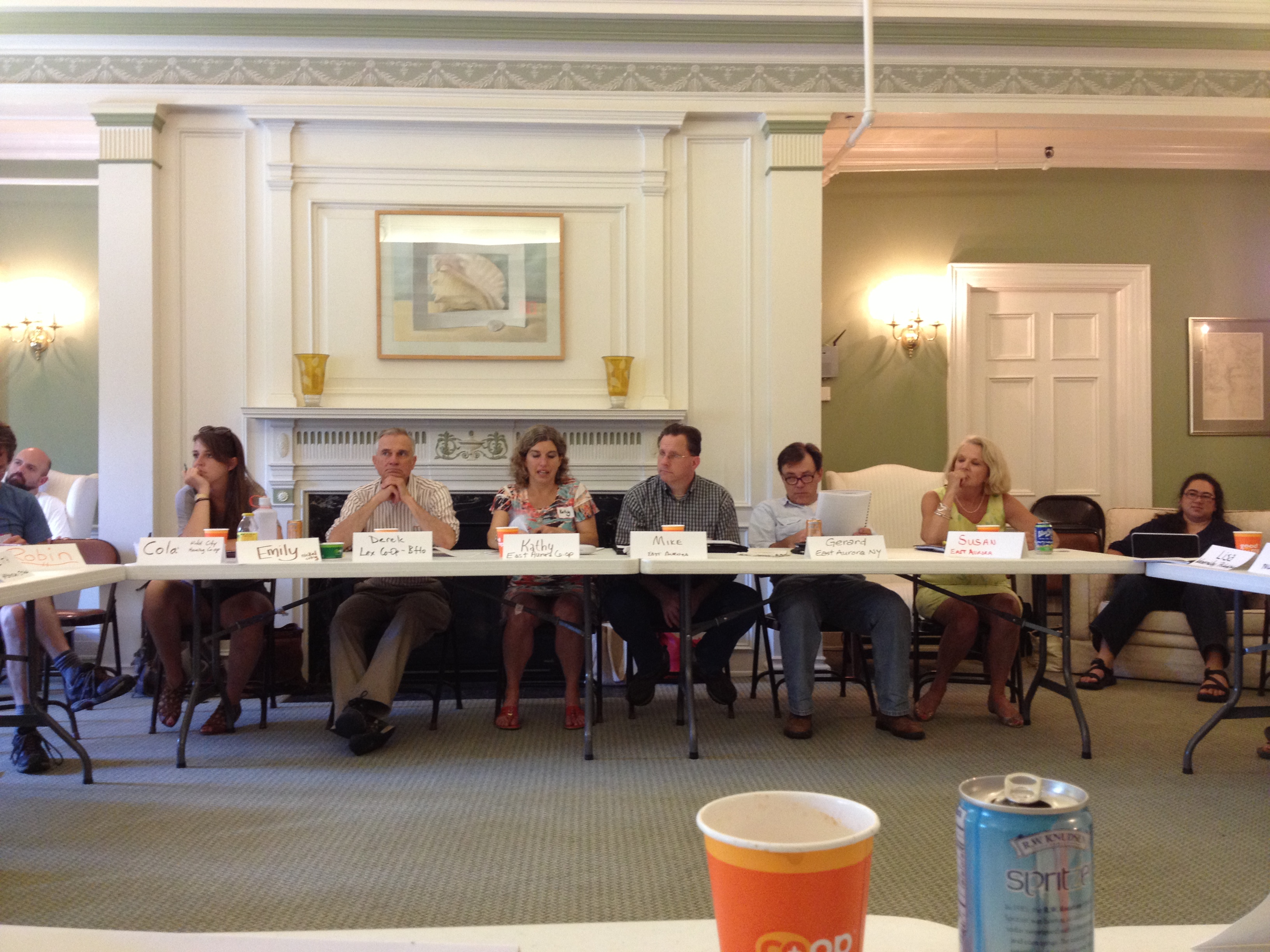 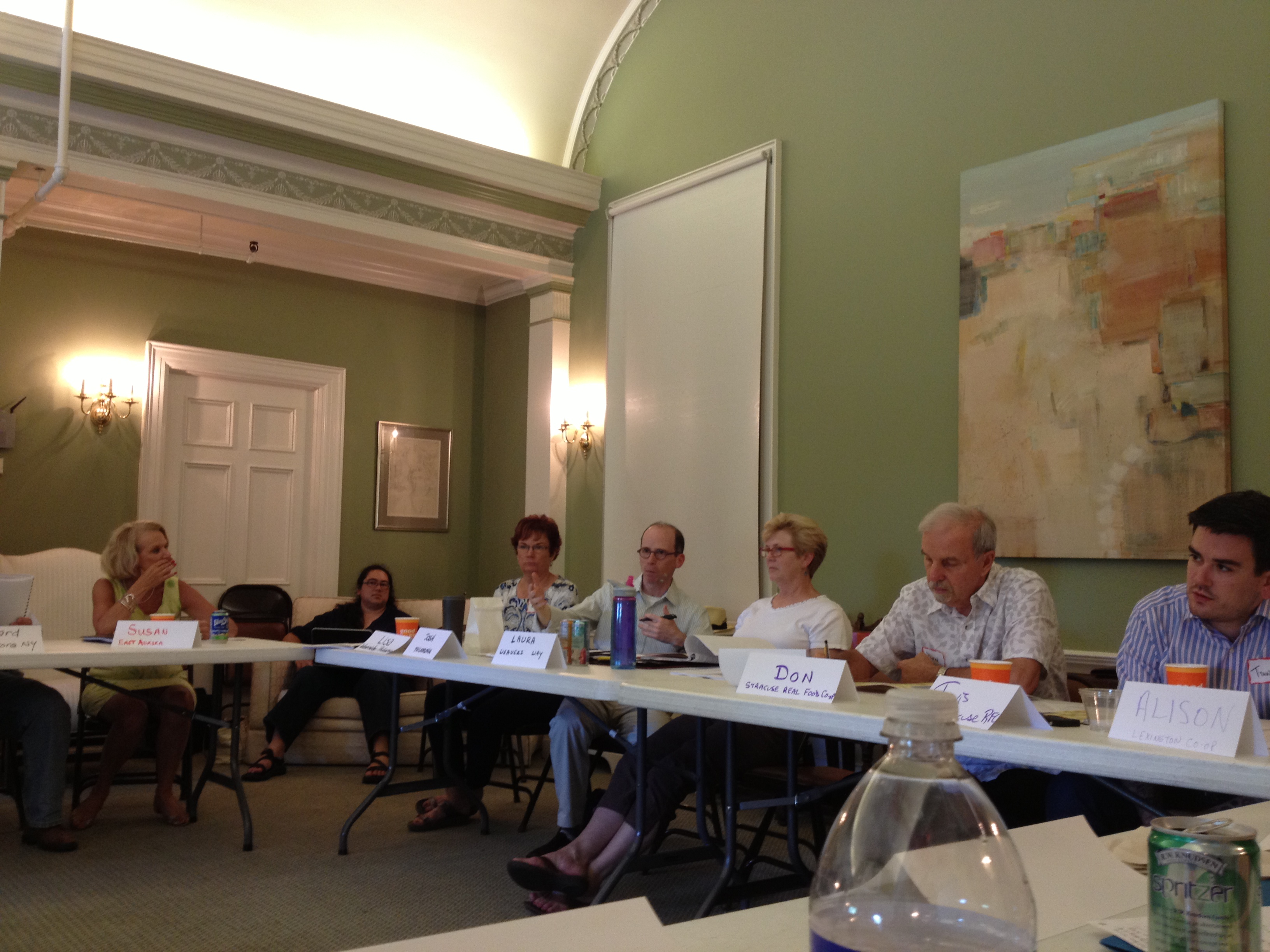 The first session was on the history of co-ops. Consultant Todd Wallace from Portland, Oregon gave a very informative history lesson, beginning with the Rochdale Pioneers. Co-operative history is fascinating and we got to talk to Todd a little bit about Canadian co-operative history. Todd knew his stuff and was also very familiar with the stellar co-operative management graduate program at St. Mary's University in Nova Scotia. 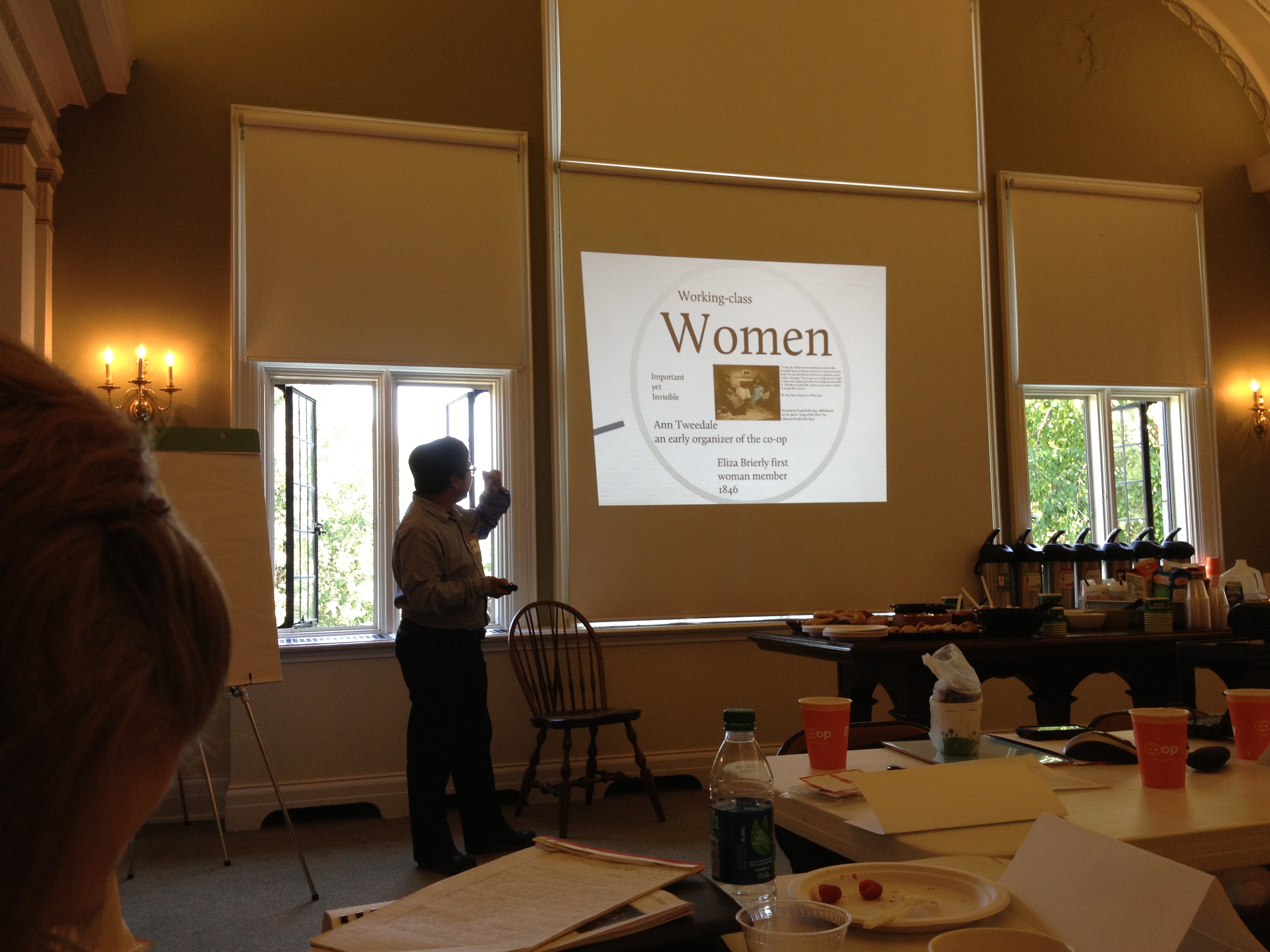 The Carver Model of policy governance is a topic that might sound dry to some, but not when presented by attorney and co-op consultant Thane Joyal. She used plenty of real world examples and her session was very interesting and informative. 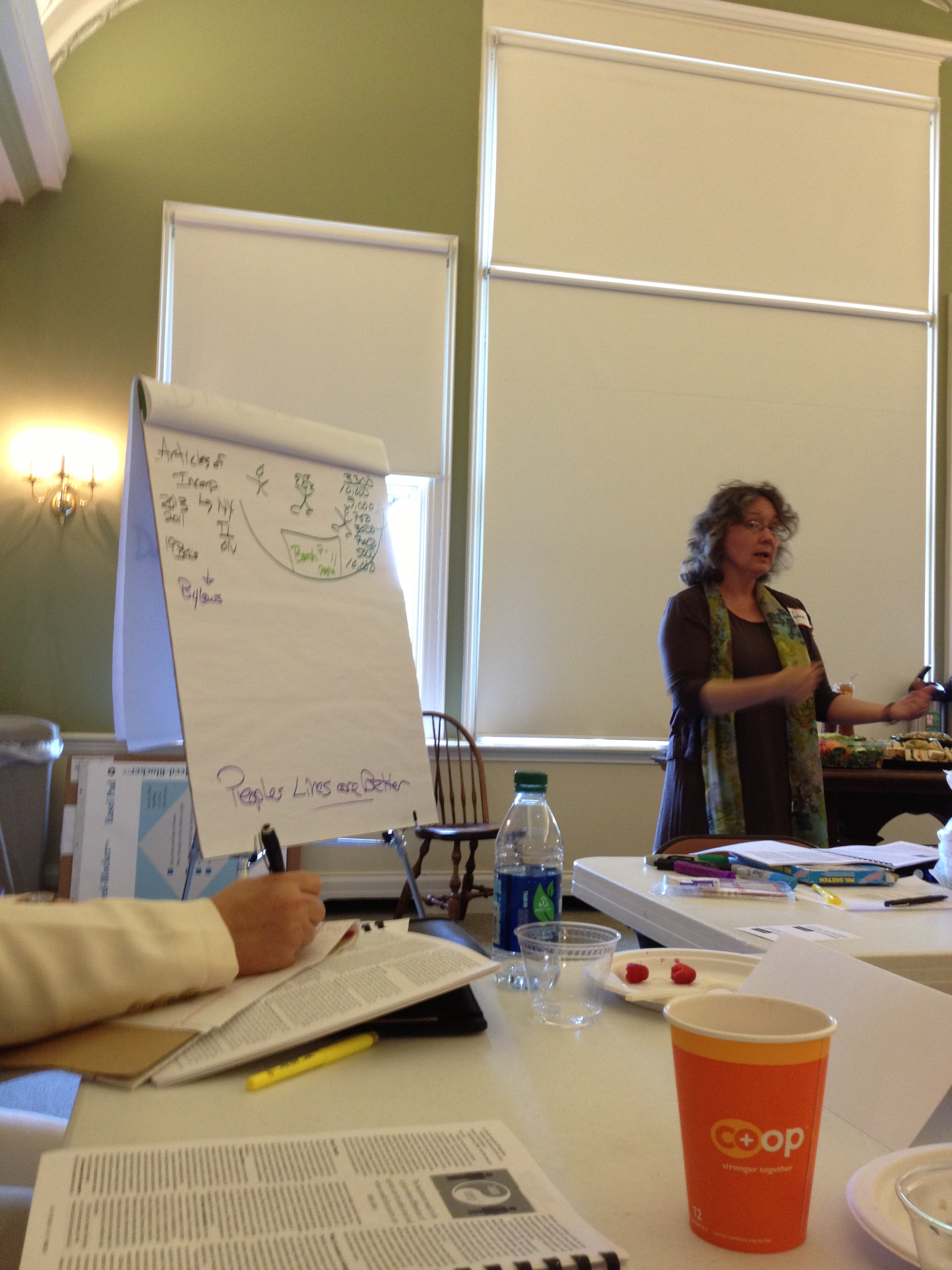 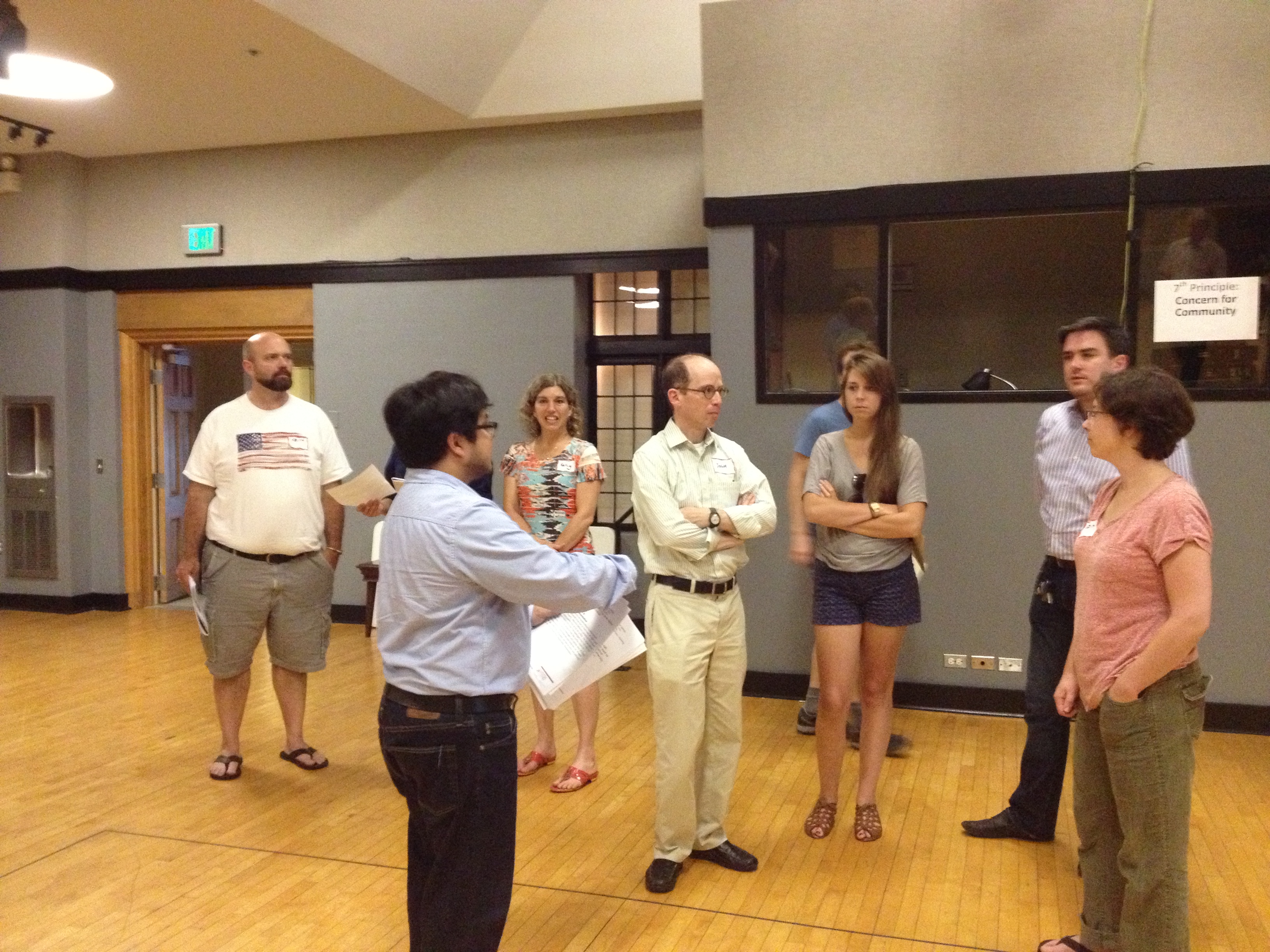 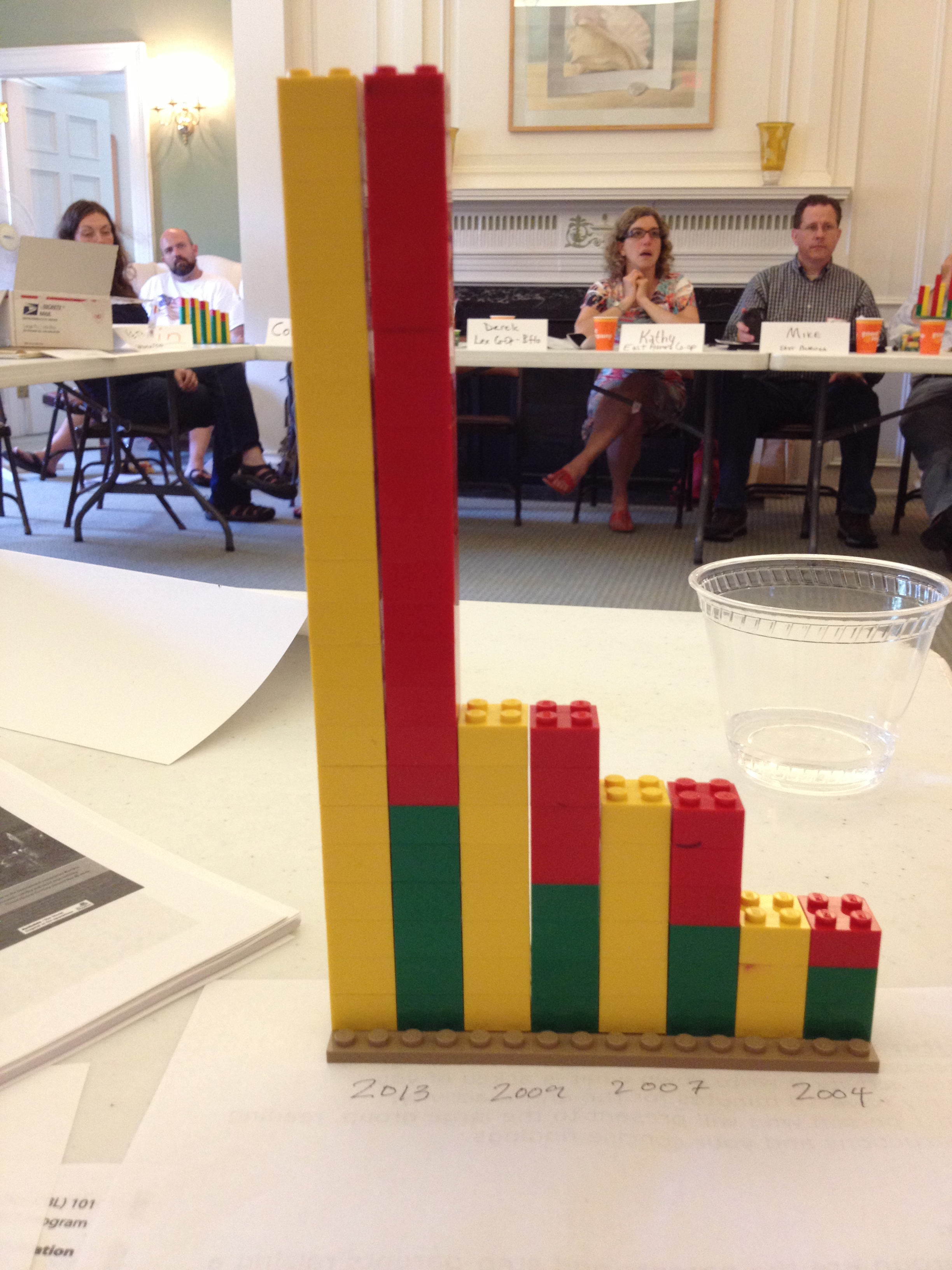 A food co-op is ultimately a business and every good board director must have a basic understanding of the books. To make financial statements a little more fun, the facilitators cracked open some lego sets for us so we could "touch and feel" a balance sheet. This was a great exercise to do at the end of the day on a topic that can cause a bit of anxiety for new board members.

Each operational co-op used their own financial statements over the last several years to create a lego model of their balance sheet. This was a simple yet powerful exercise and every co-op's lego towers told an interesting story.

My partner's co-op in central New York state showed amazing growth over the past nine years. They were ready to expand in 2008 but couldn't get bank financing when the market crashed and access to credit dried up. They finally finished a big store expansion in 2012, hence the big increase in lego tower size.

We mastered our task pretty well, except I'm not sure why time is going backwards. Whoops!

I think there would be a lot more understanding in this world if more accountants kept a set of legos on their desks.

Our final presenter was Rose Marie Klee, president of the Wheatsville Co-op in Austin, Texas. Rose Marie was also instrumental in starting the amazing Black Star Co-op Pub and Brewery in Austin, the world's first co-operatively-owned and worker self-managed brewpub. Rose Marie's enthusiasm for her co-op and the movement left us feeling pretty inspired! The Wheatsville Co-op is opening a second store in September and if you get a chance to go to Austin, check it out for us and take some pictures! 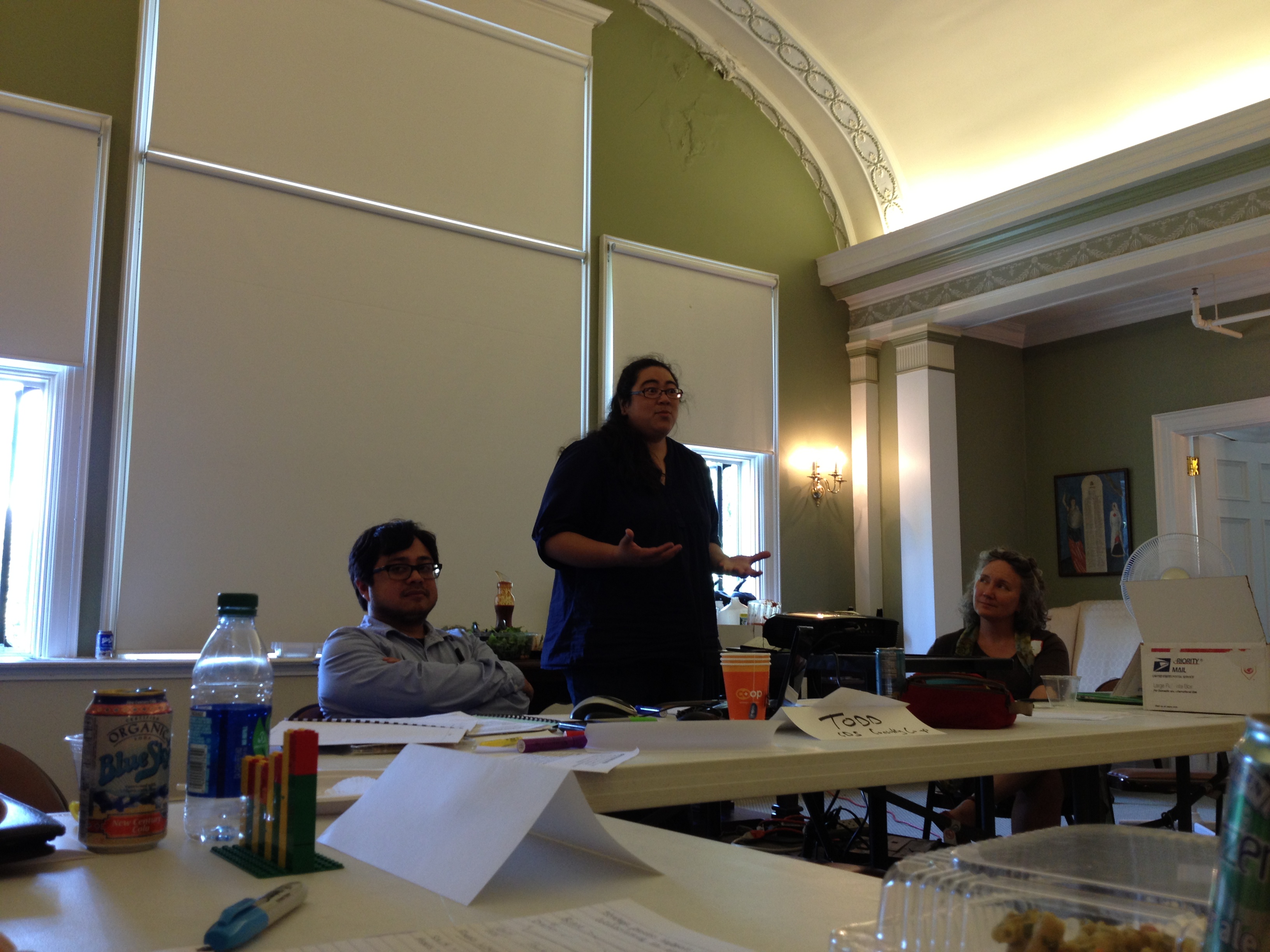 A stop at the Lexington before we head home

We couldn't leave Buffalo without heading over to the Lexington! We love this store. Do yourself a favour and check it out next time you head over the river.  It is a busy store with over 10,000 members and healthy sales. It is a real success story in a city that has been in decline for a long time. Tim, the manager, told us they will be expanding again in 2015.

Here is one of our fearless leaders, the lovely Suzanne, in the Lexington's abundant produce section. Lots of local fruits and vegetables were on offer at a very good price! 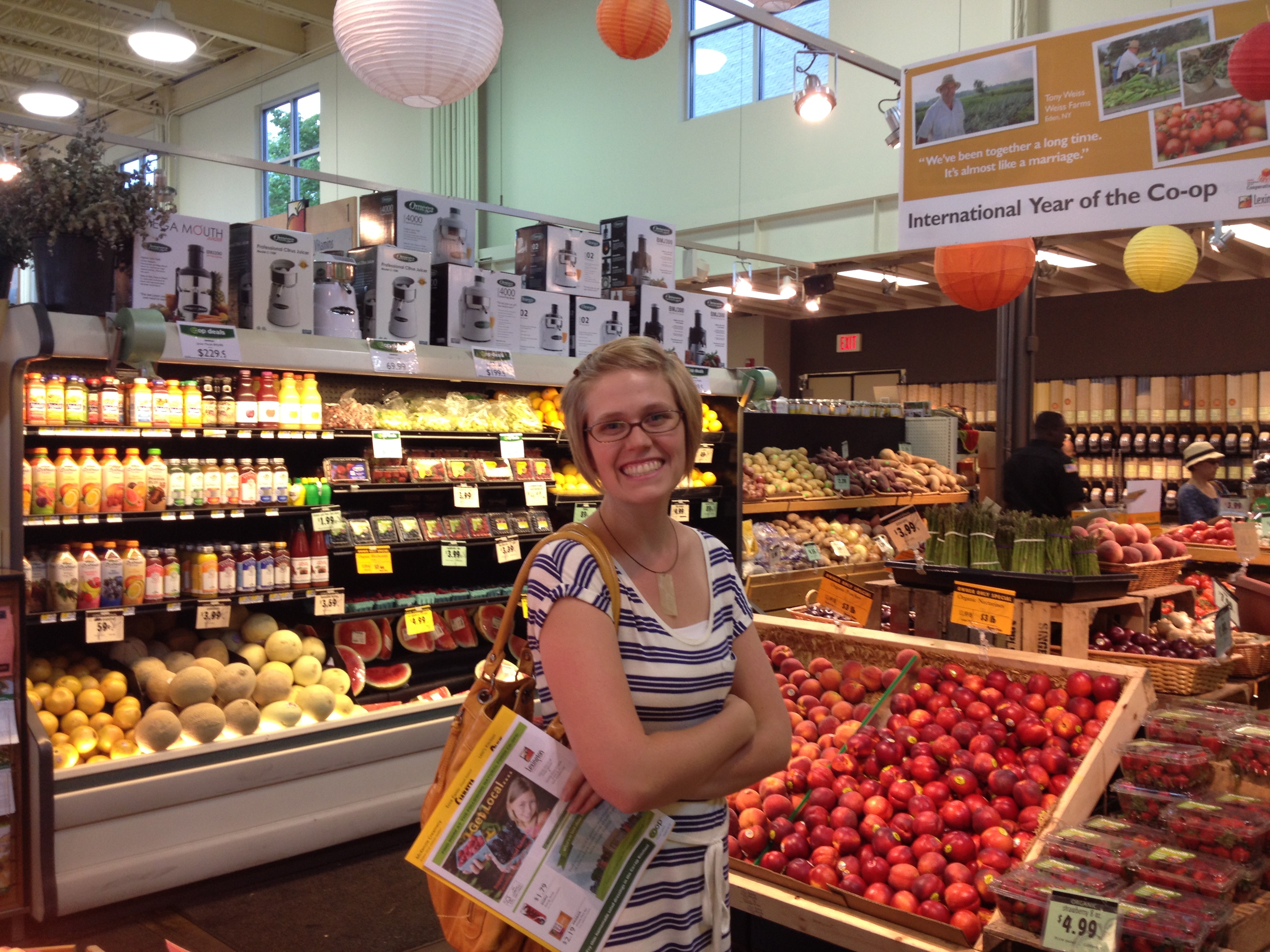 I am secretly relieved to find such guilty pleasures as ramen noodles when visiting a co-op. Shh. 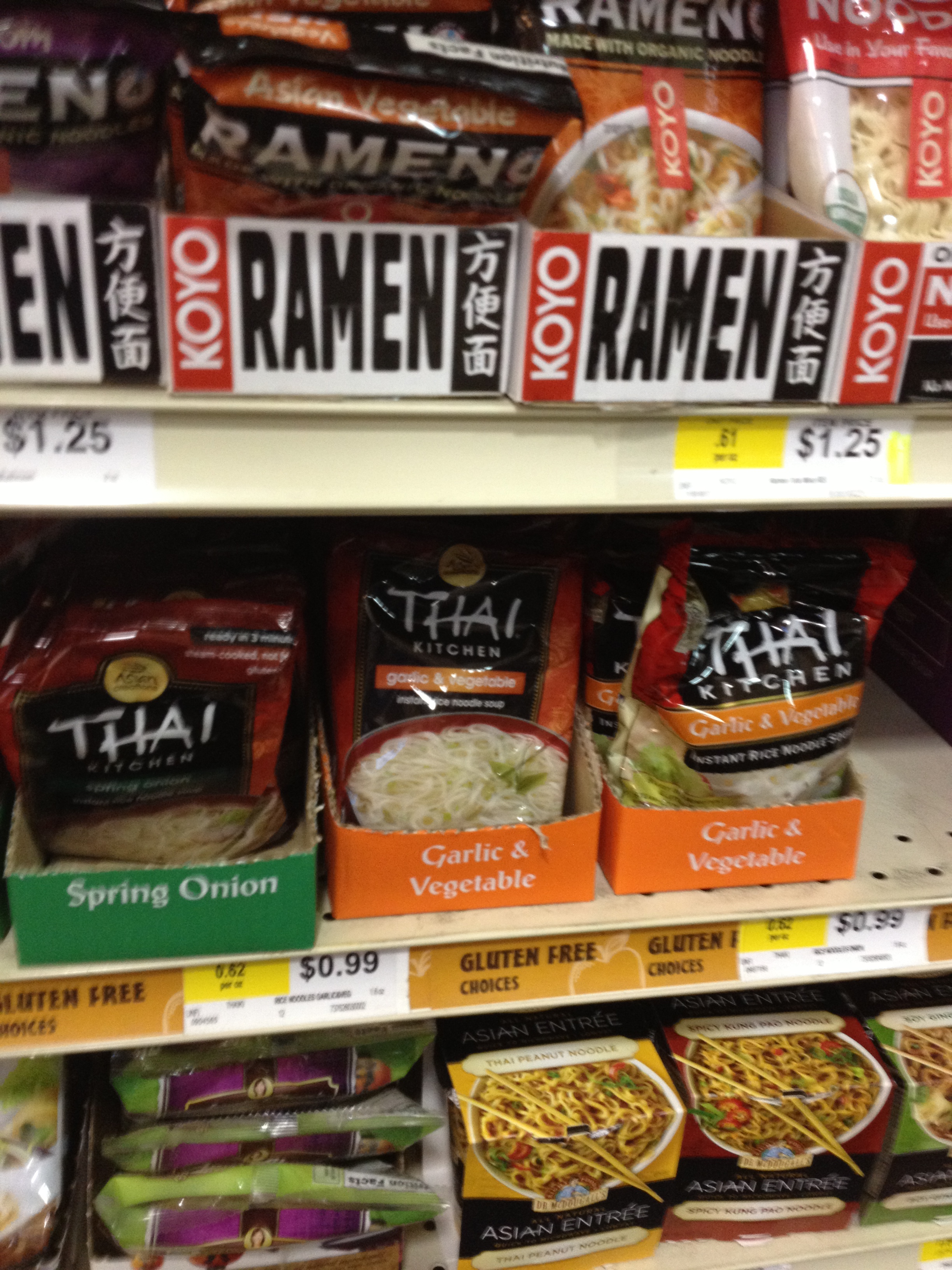